About a month ago I switched marine insurance companies. The new insurer required that I respond to several items mentioned in the survey done the previous year. Several issues had already been resolved. A couple more were easily fixed, such as adding a few clamps that were missing from the fresh water system. But one item turned out to be a major project: seacock repair.

I had checked the seacocks at some point, but apparently not very carefully. Two of them appear to have failed open; perhaps the ball inside the ball valve dissolved. Without a way to close the seacocks a hose failure can sink the boat. Also there is no way to service the plumbing connected to the valves, such as the diesel engine’s seawater cooling system. The seacocks need to be repaired as soon as possible. END_OF_DOCUMENT_TOKEN_TO_BE_REPLACED 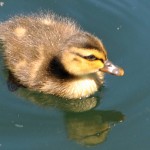 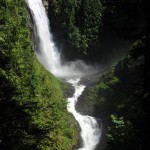 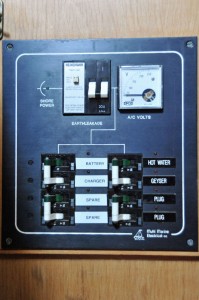 The Czardas was built in South Africa and, not surprisingly, the AC power system was built to local standards. That system was still intact with one end of the shore power cable modified so that the boat could connect to a typical US 30 amp marine outlet. The system was unreliable and unsafe. It needed to be replaced and was first in the critical path of bringing the boat back to life. END_OF_DOCUMENT_TOKEN_TO_BE_REPLACED 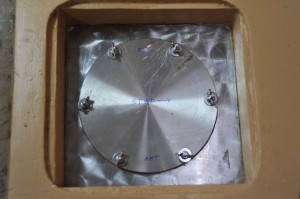 Czardas has a pressurized freshwater system that includes three stainless steel water tanks. The main tank is close to 40 gallons and is mounted atop the fuel tank in the stern. The other two tanks are 20 gallons each and located in the cabin underneath the settees. Fortunately there are valves to allow selecting each tank individually. For reasons of expediency, I decided to ignore the stern tank and focus on the two smaller ones in the cabin. The stern tank is isolated and it will remain so until there’s time to clean it as well.

The usual process for cleaning tanks is to inspect and clean every part of the system starting with deck fills and ending at the taps. END_OF_DOCUMENT_TOKEN_TO_BE_REPLACED